A Deep Dive Into Bifrost Finance

What is Bifrost Finance?

Bifrost is a DeFi project working on PoS tokens: provides liquidity and staking PoS tokens. Bifrost is also a candidate for a parachain slot on Polkadot. Although Ethereum supports smart contracts and has more popularity, Bifrost still chooses Polkadot to build its system. If they chose Ethereum, they could build contracts supported on public chains, however, it would be very hard to provide enough liquidity that staking systems need. By joining in the Polkadot ecosystem , Bifrost Finance hopes it will provide enough liquidity for the Staking system.

Overall, Bifrost is a parachain candidate for a parachain on Polkadot. It is designed to support the PoS ecosystem including staking and providing liquidity. Bifrost will act as an middle-ware protocol between layers of application and will support these applications with PoS services and liquidity staking.

Through Bifrost, users can convert from tokens in PoS systems to Bifrost token, vToken. Because Polkadot has Cross-chain Message Massing (XCMP), every single PoS token will be represented by vToken and will have the ability to connect with tokens on Polkadot network.

Another advantage of Bifrost is that users don’t have to lock their position. Users can have compound interest while having access to other PoS providers.

Bifrost users can trade assets through a bridge, convert token to vToken, receive rewards while providing liquidity for PoS systems. When mainnet of Bifrost is officially released, the first phase of mainnet will support staking KSM. DOT tokens also support converting them to vKSM and vDOT. The conversion of ETH, EOS and IOST into vToken (vETH, vEOS, vIOST) are planned and will be supported in future.

With vToken, users can avoid the risk that their assets might be locked while receiving double reward when staking them. Also, the Bifrost team will develop more features for vToken in future. vToken can be bought directly from wallets, exchanges (CEX & DEX). Besides, users can convert vTokens by using Bifrost DApps when mainnet is released.

So why do users might want to choose Bifrost to stake or provide liquidity ? Bifrost provides features similar to other DeFi platforms but they have improved features  such as: Liquidity Stake, Provide Liquidity for Parachan Auctions, Vote and DEX. So what are they ?

It can be seen that users will connect tokens that they have (of course these tokens must be supported by Bifrost). After connecting, users will receive vToken. For example, users who connect 100 DOT will receive 100 vDOT in return. These vDOT can be traded on decentralized exchanges of Bifrost, this will help maintain a stable source of liquidity. Users will also receive rewards when they connect their tokens. That is the first step to join the DeFi party in Polkadot. Furthermore, bridge features can connect vToken with any other tokens on ERC20.

As you may know, when the parachain auction happens, tokens of users who participated will be locked during the auction and even longer if that project won the parachain auction. Supporters of the winner will receive some presents from projects as compensation for the cost of the loss. Let's imagine if you lock 1000 DOT for a project and that project won a parachain auction, you might be happy but what happens when the price of DOT hits 1000$ in the next 2 years when your DOT is locked ? Bifrost has a solution for this situation. You can still join the auction through Bifrost and if your project succeeds, Bifrost will give you a quantity of vDOT equivalent to your locked DOT. Surprisingly, you can use those vDOT for trading and receive the present from your project at the same time.

There are so many validators on the PoS system nowadays. It makes users confused when they want to stake for a validator. Bifrost has a bidding mechanism so that users can stake on validators that really did their job.

In the early stage, DEX of Bifrost will only support vTokens/vTokens. But in the future, Bifrost will connect to others CEX & DEX so that vTokens will have more pairs to trade.

Bifrost will spend 45% for ecosystem reward including vTokenmint, Parachain Slot Auction, Node Collator Favors, Oracle using and to pay for the cost of cross-chains protocol. 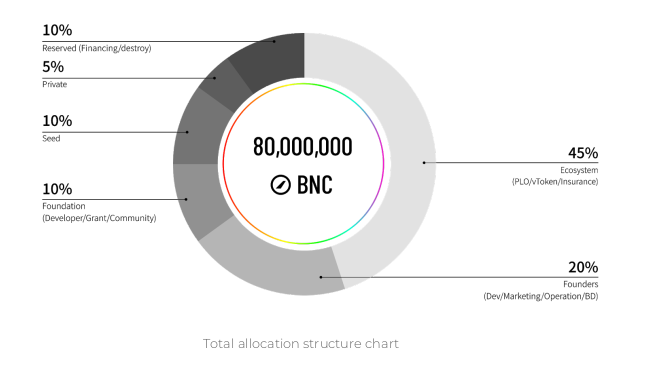 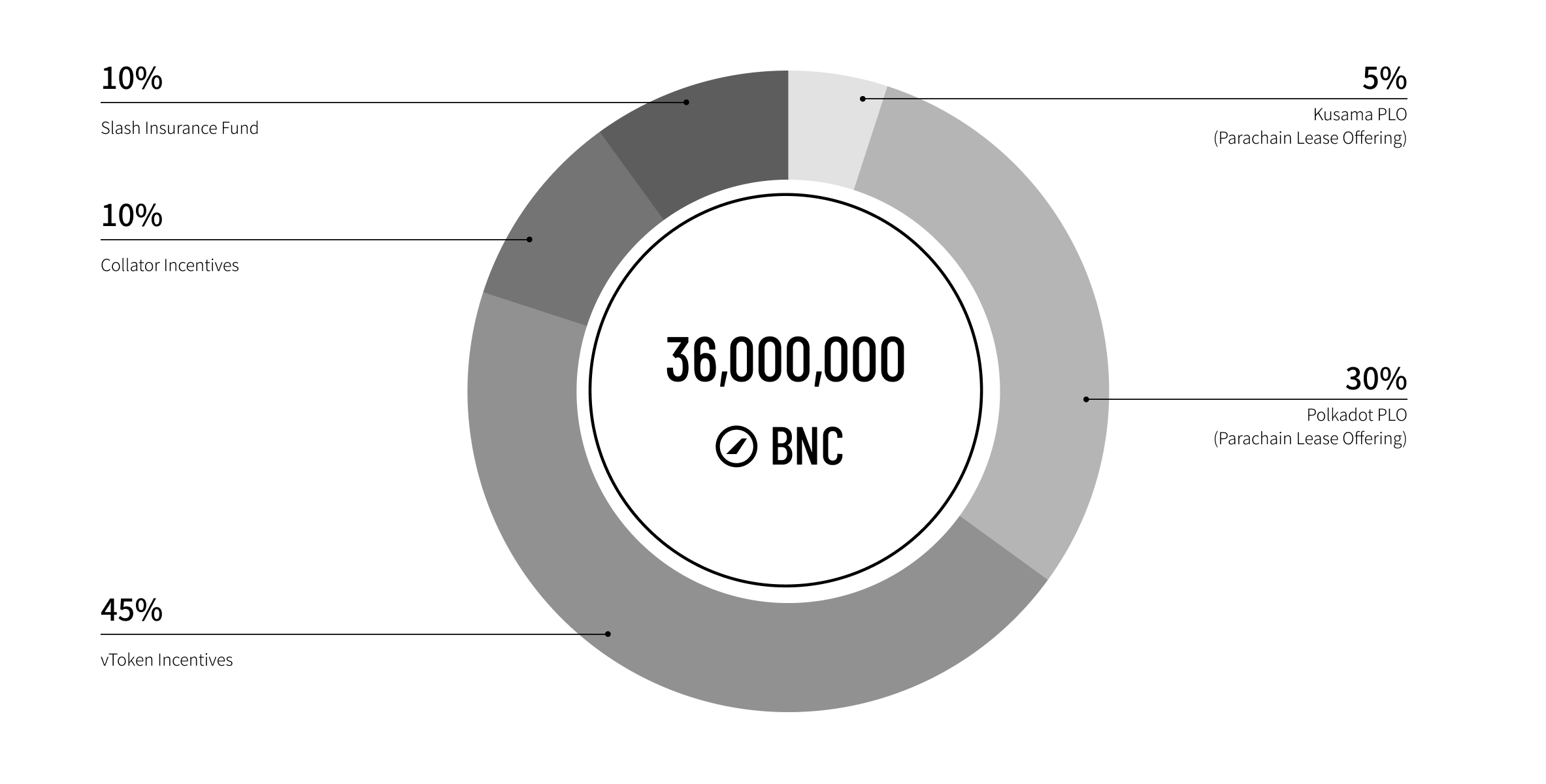 The amount of minted vTokens is very important, vToken incentives will take 45% of proportion.

Only projects winning the parachain slot auction can really become Polkadot parachain, it will cost a lot of fee for Kusama Parachain Auction and Polkadot Parachain Auction. Every slot can be hired for 6 to 24 months and Bifrost wants to win at least 4 years with 12% of BNC are for parachain auction.

When BiFrost becomes a parachain, Collators will be supported to provide services and encourage them to increase the quality of services.

Insurance fund for getting Slash

Bifrost will save 10% BNC as insurance for the Slash system. Slash will pay for participants if something bad happens with collaterals.

Partner and Cooperator of Bifrost

As noted above, Bifrost will play a very important role in the ecosystem of Polkadot. Liquidity Staking will be a very useful feature for DeFi. But the most important thing is the Parachain Slot Auction feature. This will help users avoid loss while still encouraging the entire ecosystem.