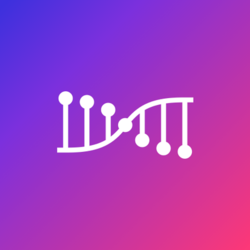 Darwinia has been building a permissionless non-custodial bridge protocol, featuring efficiency, low cost, decentralization of cross-chain tokens and NFTs transfer, as well as other cross-chain operations.

Darwinia bridge distinguishes from other bridges in terms of quality and how decentralized the bridge is, could carry high-value cross-chain asset transaction.

The Darwinia Network project started in late 2018 when Parity released the Substrate toolkit project. Darwinia implements a decentralized network that acts as a relayer chain between major blockchains and enables asset transfers in a decentralized and permissionless non-custodial way.

Darwinia was designed to operate as a parachain of Polkadot but can also work in Solo mode as an independent network with its own consensus, security, and cross-chain functionalities which can be adopted for backup and mitigation of Polkadot-based technical issues.

Darwinia team has developed an Application SDK based on Polkadot’s Substrate and Darwinia Web applications in order to facilitate the development of different applications running on Darwinia Network.

Darwinia Network has gained a high reputation and recognition along the way to build the decentralized cross-chain bridge protocol. In 2020, Darwinia was written in Polkadot light-paper as one of the friends of Polkadot and Substrate. And Darwinia was selected to join Substrate Builder Program and Web3.0 Bootcamp, and for the outstanding work in Substrate Builder Program, Darwinia Network was officially awarded the Level 2 badge by Parity. The products and tools developed by Darwinia have been rewarded three W3F Grants. Polkadot founder Gavin Wood also highlighted Darwinia Network as “Projects to watch.”