Kintsugi is interBTC's canary network on Kusama. A 1:1 Bitcoin-backed asset, fully collateralized, interoperable, and censorship-resistant. Kintsugi is maintained by a decentralized network of collateralized Vaults who secure locked BTC on Bitcoin.

Kintsugi, same as interBTC, is the only fully trustless and decentralized Bitcoin bridge. It is based on top-tier scientific research and has been audited by leading security firms. Anyone can become a Vault, anytime, and help secure BTC by locking collateral. Users thereby only trust that Bitcoin and Kusama are secure: the protocol guarantees that users can always get back their BTC, or will be reimbursed in collateral at a beneficial rate. Kintsugi thereby features a MakerDAO-like multi-collateral model, allowing for stable and interest earning assets as collateral. Users can also delegate stake to Vaults, allowing Vaults to take up leveraged positions and allowing for better strategies.

Kintsugi is interBTC's canary network. interBTC is based on the XCLAIM protocol, invented in  2018 by the Interlay co-founder, and published as a peer-reviewed top-tier security paper. Interlay was founded to build XCLAIM and received two Web3 Foundation grants (2020 & 2021) to implement interBTC on Polkadot (initially branded as PolkaBTC). Alpha testnet was launched in November 2020 and feature-ready Beta in March 2021, and will now run for Kusama auctions 6-10.

Kintsugi will be governed by its community from day 1 - via KINT, Kintsugi’s governance token. Kintsugi will go live via a fair launch scheme.

KINT tokens will be distributed to network participants, builders and early backers as airdrops and block-rewards. There will be no public sale or ICO.

The KINT token’s main purposes are:

KINT features an unlimited supply. The emission schedule is defined as follows:

Specifically, the emission schedule for the first 6 years looks as follows:

KINT will be controlled by the community:

Starting in year 5, only the community receives new KINT from the annual inflation. 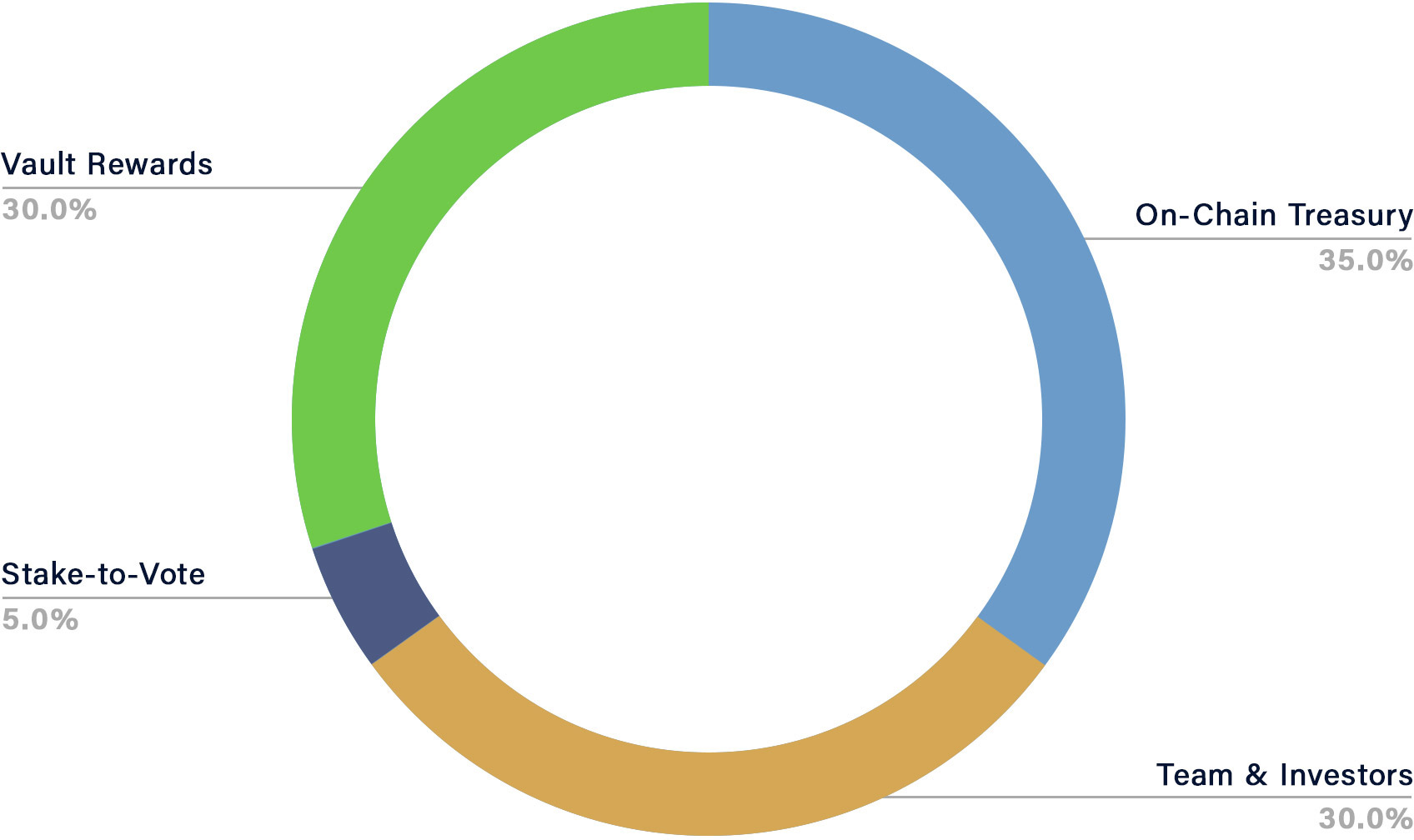 Distribution of the initial 4-year supply. 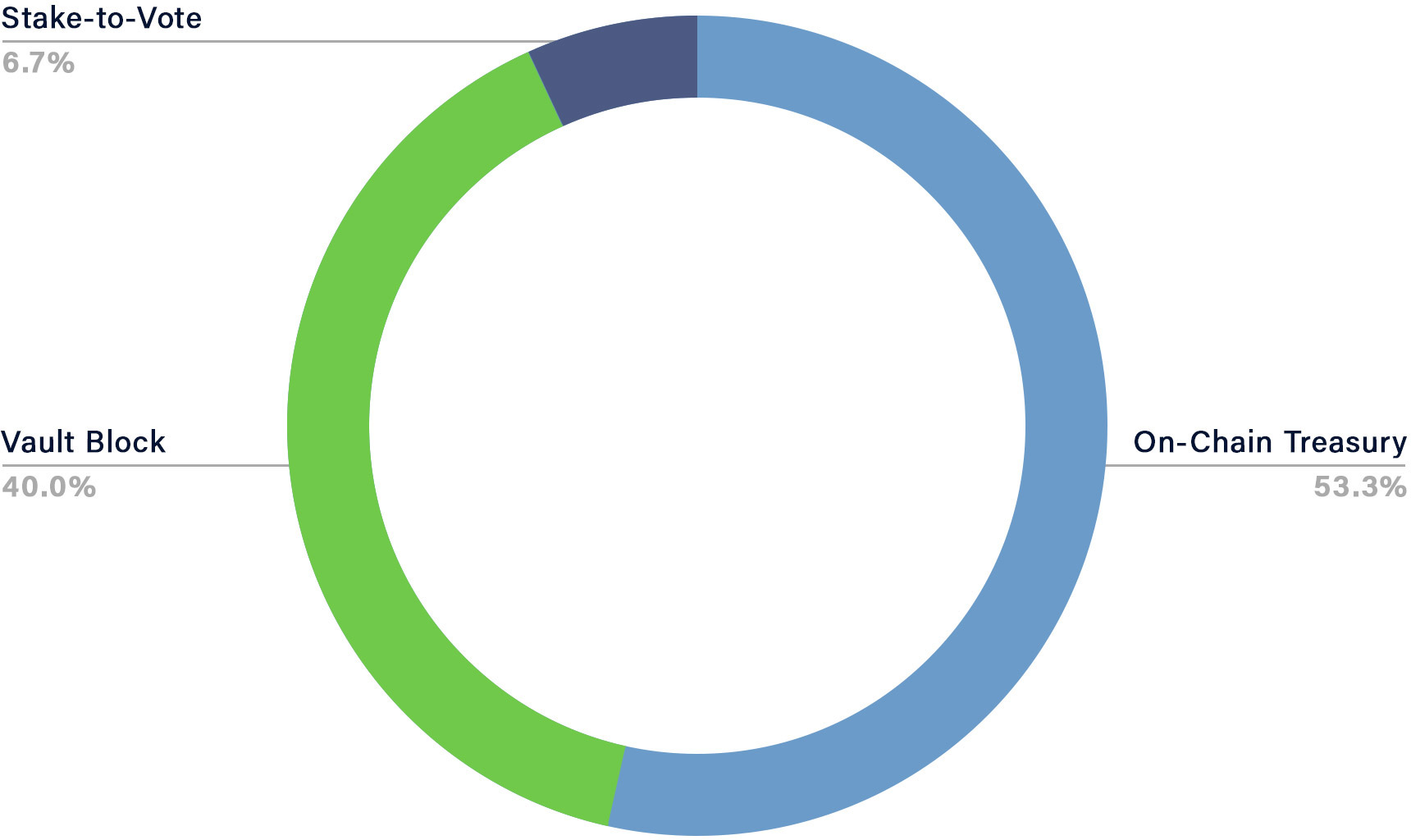 Distribution of the 2% annual inflation starting in year 5.

For a detailed breakdown and explanation of the KINT distribution, check out the token economy whitepaper released by Kintsugi Labs

Kintsugi participates in the Kusama parachain auctions and supports a crowdloan to enable the community to vote. To participate in the crowdloan, you need to lock your KSM and vote for Kintsugi to become a parachain.

Below is a summary of the Kintsugi crowdloan details, as described in the token economy whitepaper released by Kintsugi Labs.

The main crowdloan airdrop will comprise 10% (1 million KINT) of the initial 4-year KINT supply, with the following vesting schedule:

Thereby, this airdrop will feature the following special allocations, to create a proactive crowdloan process:

Any KINT not used for the Core, Early, Referral and Success Airdrop will be distributed proportionally among all participants, further increasing the ratio of KINT per locked KSM.

To incentivize kBTC adoption, 200 000 KINT will be airdropped to crowdloan participants who then also run Vaults and mint kBTC on Kusama, once Kintsugi is live. These airdrops will happen over the course of the first parachain lease period. In addition, protocol governance may approve special kBTC LP programs for crowdloan participants.

Participating in the Crowdloan

The crowdloan is a fully permissionless event - you make your own judgement on if and how you would like to participate.

We recommend the following ways to participate: